All that dyeing over the weekend paid off, because I swatched for my Cypress vest and I LOVE IT! 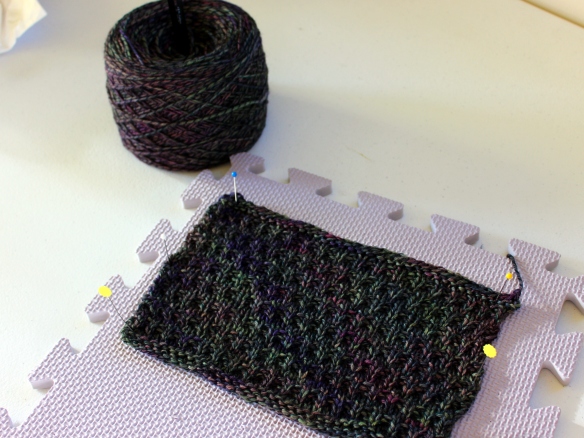 It’s dark and moody, still colorful but more subdued, and from a distance it appears to be a neutral shade that I think will make a really nice garment. I’ve yet to become a sweater knitter, but I have no fewer than 3 different sweaters on my MUST KNIT NOW mental list, so we’ll see what this season brings! I think Cypress is a good one to begin with since the shaping is simple, the texture is fun to work, and the sleeves are short — which should all lead to relatively quick turnaround (fingers crossed). 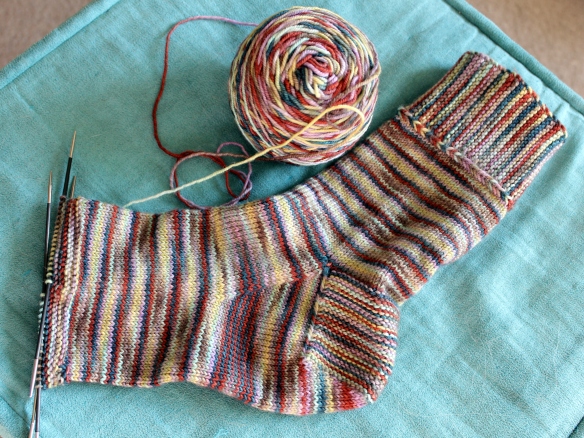 Some time spent in the DMV this week means that I am now on the toe of my Fiasco Deconstructed socks! My knitting on these socks has been rather leisurely, a little here, a little there, they’ll get done when they get done… but fall is here, and my toes are cold, so I’m going to need to step it up!

I’m still completely in love with the slipped stitch patterning on this cowl. So simple, yet so effective! I’ve somehow misplaced the other half of the yarn intended for this cowl, which I better find soon since I’m nearly done with the first half.

I didn’t have a whole ton of time to sit down and spin this week but I snagged a few moments to work on this handspun. (Also, can we just take a second to admire that photograph? Yay, new camera! *happy sigh*) I can’t believe it took me so long to attempt the little trick shown in the photo: if the take up of your wheel is too strong (which it almost always is on my Babe) you can thread your yarn across two hooks on opposite sides of the flyer to reduce the pull and allow you to draft more easily without fighting the wheel. This fiber is a little slippery and I am spinning fairly fine so it kept flying out of my hands, but with it threaded as shown, the take up is much less forceful, so that trick really works! 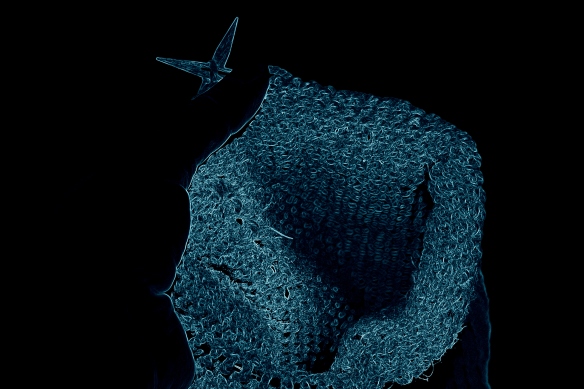 (I call that photo Fun With Filters, btw). The above project that was on and off my needles in a jiffy! I will reveal what it was on Friday, when I will also review the yarn and pattern I used and host a giveaway. Do come back in a couple of days, I promise you’ll be extra glad you did, especially if you love alpaca!