First, a bit of news: Sweet Sheep Body Shoppe will be vending at Mount Hope Farm’s Farmfest event TOMORROW, Saturday 10/31 from 9am – 2pm in Bristol, RI. It’s a beautiful site with lots of harvest and Halloween fun planned, come say hi! Now, onto the follies.

This morning, I very nearly ripped my Norby & Pease hat back to the brim, despite being close to done. I had 5 shades of gradient yarn to use and 5 garter ridges to knit before beginning crown decreases, except I had miscounted and thought there were only 4 garter ridges, and started the gradient in the brim. I KNOW, TOTALLY DUMB, RIGHT?! In this case, I could either: 1) do one fewer pattern repeat and have a shorter hat, 2) rip back to the brim and leave that part solid, or 3) as my friend Katy so helpfully suggested, use a bit of the yarn I just bought at Rhinebeck which very nearly matches what would be the next shade in the gradient. KATY, YOU ARE A GENIUS.

I think I’ll try the hat on later and see if I can deal with it shorter, and if not, I’ll probably use a bit of the O-wool shown to fill in the last color. Or, I might just repeat the final gradient color throughout the crown shaping. WHAT WOULD YOU GUYS DO? #overthinkingthis 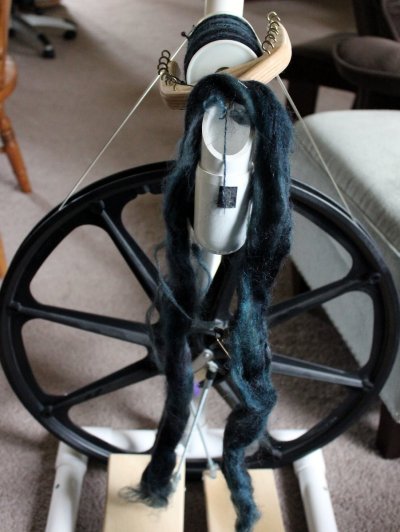 In other news, there’s a very good chance we’ll be moving to a smaller apartment in the near future, so a massive destash is in order. One thing I’m letting go of is my first wheel, the Babe Double Treadle Production. I’ve had it since 2012, it’s a great starter wheel and its Irish tension makes it good for plying. It’s also very lightweight and travels well because it is made of PVC. It retails for $320, I’m asking $225 or best offer. In addition to the wheel, check out my Ravelry trade page for lots of lovely yarns. I literally exported my yarn stash to a spreadsheet and ruthlessly went through highlighting items for destash: anything without a concrete plan or an unhealthy level of emotional attachment had to go. 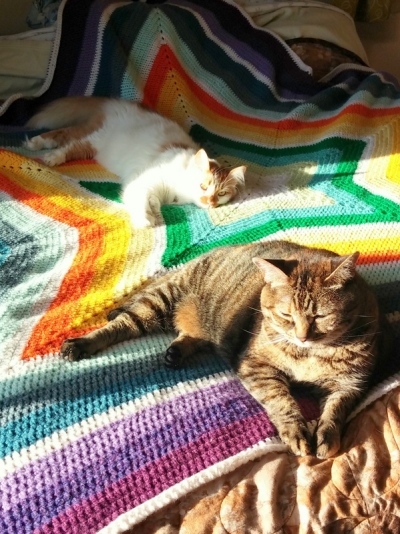 The kitties approve of my destash plan. Less yarn in the house means more room for lounging.