The RI Fiber Festival and Craft Fair was this past weekend and it was a lovely time! The weather held out (chilly but no rain) and there were more vendors present than in previous years. Even though we didn’t have time to prep as much as we would’ve liked, Sweet Sheep had a pretty great show, thanks to everyone who stopped by!

The Fiasco, doing his thing.

There were sheep being shorn and fuzzy bunnies to admire (but not touch, sadly). 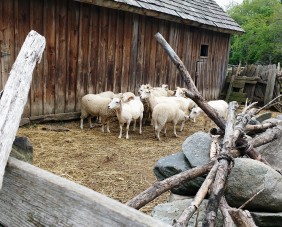 I can’t tell you how badly I wanted to squish my face into those baby bunnies… *ahem* Anyhow, I made it out of the festival with only two purchases, which showed some serious restraint on my part. 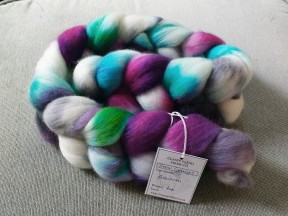 New to the show this year (I believe, unless I missed her last year) was Amanda from Classy Squid Fiber Co. I had just recently purchased a batt from her Etsy shop but still couldn’t resist the brightly-dyed braid of Polwarth in the Snow Cabbages colorway #noregrets. And I knew as soon as I touched the pretty pale blue gradient of Superwash Merino/Cashmere/Nylon in Chrystee’s booth (Play At Life Fiber Arts) that it was coming home with me. Concrete Sky is going to be the next thing on my wheel, for sure. SO SOFT OMG. 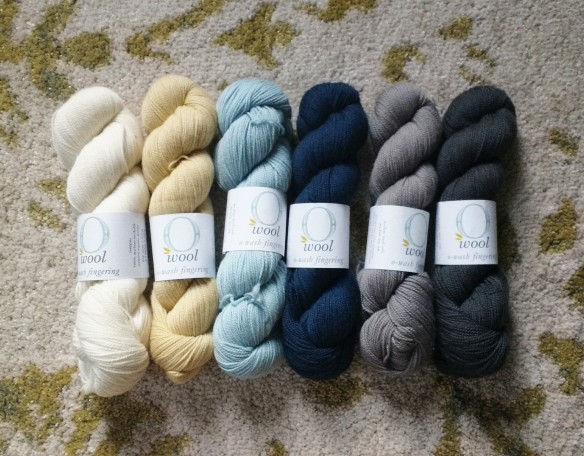 This wasn’t a festival purchase, but I recently wrote about Knit The Sky and the sky-themed blanket I’ve been inspired to make over Hatchling’s first year of life. I debated yarn choices for a while until I remembered that O-Wool sells gorgeous superwash fingering weight yarn at a great price, and I already had two grey skeins stashed that would be perfect for cloudy days. Snagging a skein of the white, yellow, pale blue, and dark blue to round out the sky possibilities was a no-brainer. I appreciate all the suggestions on my previous post of how to go about knitting this blanket. I’m feeling anti-mitered squares at the moment since I’ve had a mitered square blanket on the needles for years and I feel weird about starting more than one of those monsters at a time. Audry had a helpful suggestion of coloring in squares on graph paper to remember what days each individual square represented so I could join them appropriately, which was a concern of mine. I think I’ll do a little swatching and measuring soon so I can get a sense of whether I want to go with joined squares or stripey garter stitch.

All told, my stash is very happy about its fluffy new members and I’m feeling inspired to get on with new projects!