I know that title is butchering the ‘In like a lion, out like a lamb’ phrase regarding March (which feels quite far away), but I think it’s fair to say that 2015 is going out like a lion. We’re having a whirlwind end of the year over here, featuring a rollercoaster of emotions and events.

The biggest news is that the Fiasco and I are expecting a little one at the end of June. We have named him/her the Hatchling. And while he/she is doing well, he/she has caused nothing but trouble for me thus far. It turns out, I don’t like pregnancy very much, and it doesn’t like me right back. I’ve just discovered that I am now in a high risk category due to a blood clot in my leg (a.k.a. deep vein thrombosis). I have to inject myself with blood thinners twice a day for the next six months, and likely after the birth as well. This, friends, is a very unpleasant side effect of pregnancy that I had no idea was a thing that could happen. Also, fatigue. I have thallasemia minor, which is a genetic trait that makes me bad at producing hemoglobin and thus permanently anemic (for which iron does nothing to help) so I’m extra super tired all the time because pregnancy ALSO makes you anemic and fatigued. And then there was the nausea for a while (thank goodness that’s mostly gone) and the general feeling like I don’t know what the hell is happening in my own body anymore.

If you have to go to the ER, you might as well be wearing great socks.

Sorry to rant a bit, but all of that has been occupying a lot of my attention lately and has greatly reduced my available time and energy for knitting, spinning, and Sweet Sheep-ing. I also think it’s important to provide some Real Talk about pregnancy. Sometimes, pregnant women are painted as these beautiful, fecund goddesses of patience and serenity, when really… it’s hard and can be dangerous. And I think that’s good to acknowledge. Also, as a PSA for deep vein thrombosis, if you feel a strange persistent pain in your calf or thigh that seems like the worst part of a charlie horse cramp but doesn’t go away or feel better when you stretch, get checked out. My first cramp lasted 5 days but my doctor just said to drink more water. Then two weeks later I had a similar pain in my thigh, as well as swelling around my knee, and TA DA! Blood clots can break into pieces that travel to your heart/lungs and become pulmonary embolisms, so it’s important to get treated ASAP.

All that said, we are very excited, and I’m looking forward to knitting some adorable baby things in the near future. Here’s proof of how cute our Hatchling will be someday: 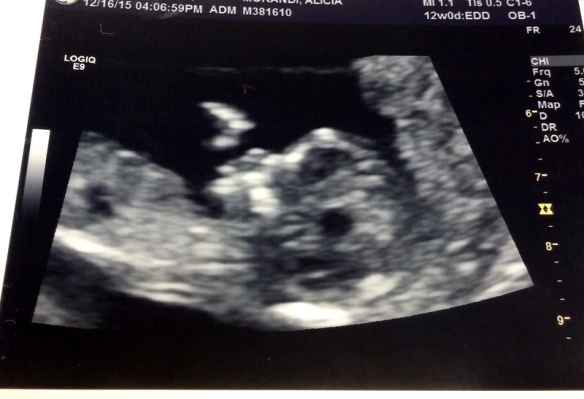 That was taken a couple of weeks ago, so the little tyke has likely doubled in size by now. And proof that I haven’t totally forgotten how to knit:

BMFA Tigger Targhee in Gnome for the Holidays.

These are the beginnings of Katniss socks using the brand new Tigger Targhee from Blue Moon Fiber Arts. I like it a lot, and will write more about it soon.

Later on I’ll take a hard look about what I made in 2015, but right now, I’d like to look forward. I typically choose a couple of words to represent my goals and intentions for the new year and this year, I think my words will have to be PATIENCE and ACCEPTANCE. In the year that I become a parent, I think they will be really, really important. Being patient with myself, slowing down as needed, patiently awaiting the big events to come. Accepting my limitations, doing just what I can, accepting the challenges thrown in my path with some amount of grace, these are my hopes for 2016. How about you? 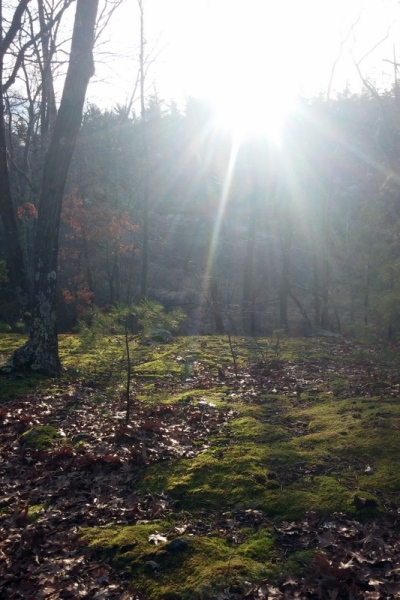 From a recent hike that I took, with a freaking blood clot in my leg. Glad I’m not dead!

Happy new year, folks. See you on the other side.