SO MANY THINGS are happening at Chez Woolen Diversions and one of those things is moving. UGH. We’re only moving a few towns over (to a nicer place with lower rent… whoa!) but it’s still a gigantic, major pain. So I’ve been keeping the knitting super simple lately. I’ve even sorted through all the yarn and WIPs and separated out anything I think I might need over the next month in case the rest of the stash gets buried under moving boxes. Like these: 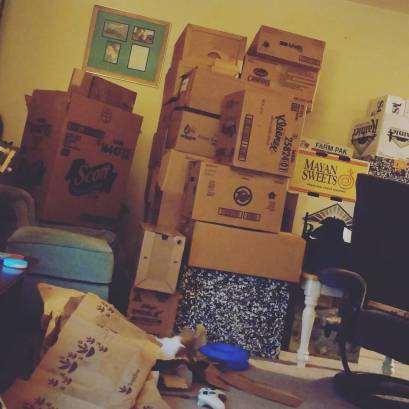 Can you spot Darwin? 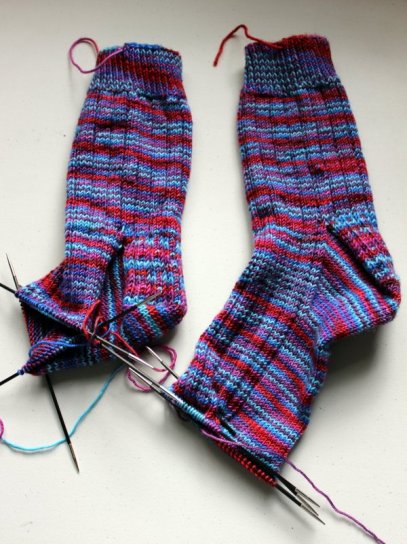 These socks are chugging along. I’m near the toe on one, mid-foot on the other. Not much else to see here… 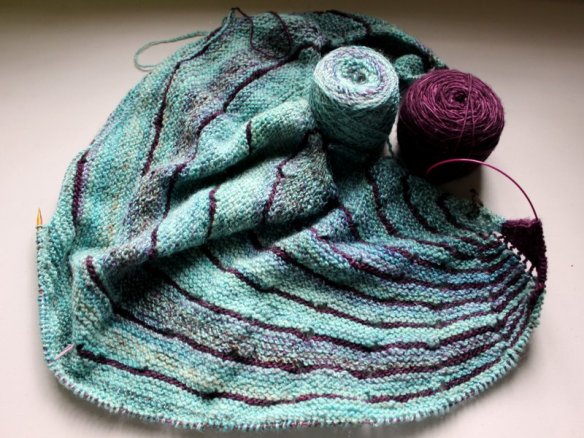 Handspun and a singles yarn I bought at a festival. Click for project page.

A combination of a long car ride and seeing everybody working on their Stephen West MKAL projects all over instagram (#thedoodler), is what inspired me to pick up my Dotted Rays shawl again. Now that I’ve got the hang of the short rows and don’t have to refer to the written-out-line-by-line pattern much anymore, I’m enjoying this garter stitch knit. I think it’ll be lovely once it’s done, and I’m still enamored of my yarn combination. Great use for handspun! I’m really liking the look of all those Doodler shawls, too, so I’ll probably cast one on someday. I’m staunchly anti-mystery-knit-along, though, so I’ll be waiting until I see everybody else’s finished products before I commit. Also, can we take a second to boggle over the fact that there are already 2,955 projects for that pattern?! At $6 a pop, and assuming that each shawl was a separate sale, Mr. West made over $17,700 in about a week or so. I think I’d faint with joy if I ever saw that much money flooding in instantaneously. Good for him. 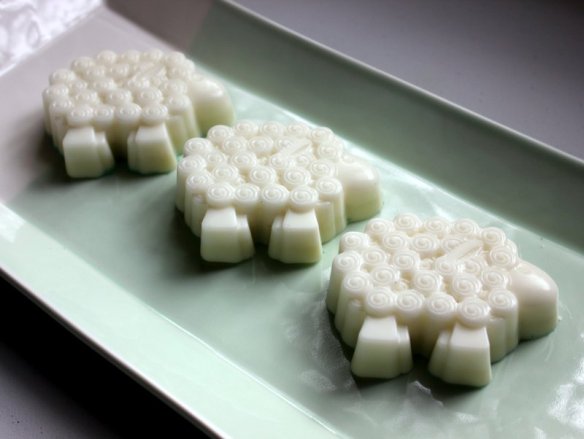 I’ve been hard at work filling some wholesale orders and re-stocking the shop. I’ve added Chamomile Bergamot sheep-shaped goat milk soap, as well as a few sold-out lotion bar scents, such as Cinnamon Chai, Winter Gardenia, Orange Rosemary, Lavender, and Lemon Cake (to name a few). I was supposed to vend this weekend at the Mount Hope Farmer’s Market, but unfortunately, I pulled a muscle in my back that is currently spasming like crazy and has had me flat-on-my-back and out of work for a couple of days, so I’m taking the weekend to recover. (Back spasms hurt like whoa guys.) But, Rhode Islanders take solace: you can now check out Sweet Sheep lotion bars and soaps in person at The Mermaid’s Purl, a great little yarn shop in Wickford! Woohoo!

As for reading, I’m working on The Long War, the second book in a series co-written by Terry Pratchett (one of my epic literary loves) and Stephen Baxter. It’s about humans developing the ability to sort of ‘step’ sideways into millions upon millions of similar-but-different Earths. It’s a super cool concept and I love the (completely fantastical, obviously) idea that there are Earths out there that haven’t been ravaged by us, or that experienced different climactic events, or were not hit by asteroids and still have dinosaurs, or for some reason are populated entirely by butterflies. As an ecologist, it’s a fascinating thought experiment.

Anyways, linking up with Yarnalong and Stitch Along Wednesday, and now  I’m off to rest this back. Oy.