Folks, I have not one, not two, but THREE FO’s to share with you today! Let’s get to it!

The blog hasn’t even see this hat yet because I just started it yesterday! Yes, a hat in 2 days! Love it. The pattern is Giving Comfort, a free pattern of mine that is great for gifts because it is unisex, simple-yet-interesting, and knits up quickly. Malabrigo Chunky is my absolute favorite hat yarn, too, because it’s so thick and warm and on size 10 needles knits up at a great density. Its only downfall is that it isn’t superwash. I actually prefer non-superwash yarns but when you’re knitting gifts for little kids, it’s nice to have the superwash factor because they easily forget and toss their beloved hat in the laundry and then the beloved hat is no more. Ask me how my little cousin knows this? (Don’t worry, he got a new one.)

This super bulky cowl is another great, quick knit. This is a second sample for my upcoming Syrinx design which will be released next week. But I’m having a ribbon dilemma! What do you think, teal or purple?

My final FO is an aran-weight version of my newest hat pattern, Huacaya. This hat is a great example of gauge differences at work. The original version was knit with worsted-weight alpaca yarn at a gauge of 5 stitches/inch and 6.5 rounds/inch. It made a soft and slouchy fabric and its final dimensions were 18″ circumference and 8.5″ from cast on edge to crown. The new Beastie yarn I used is a thicker aran-weight blend of wool, alpaca, and silk. It was much plumper and denser than the worsted weight and knit up on the same needles at a gauge of 4 stitches/inch and 5 rounds/inch. The resulting fabric has a more sculpted feel and the size of the hat increased to 20″ circumference and 9 3/4″ from cast on to crown. This makes it much slouchier, nearly beret-like in style.

So, if you want a larger or slouchier hat, loosening your gauge (knitting your fabric at less stitches per inch) through either using thicker yarn or increasing your needle size should make that happen. Blocking can make a big difference, too. I blocked the first hat over a large-ish bowl but since there was much more fabric in this second one I blocked it over a large dinner plate, propped up on a cup so that the brim could hang down freely and not get stretched out.
The shape of the plate definitely accentuates this version’s beret-ness. It’s perhaps a bit large for my tiny head, but I like it!
Phew! Three FO’s in one post! That’s the benefit of having a million little projects on the needles at all times. Every once in a while you get to feel like a knitting master. See more FO’s by clicking below! 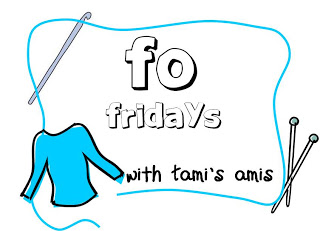